CHEFA is pleased to announce its Keynote Speaker for the

Author of The Next America 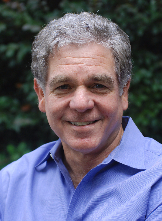 Keynote address - Paul Taylor applies a generational lens to explore the many ways our country is changing - socially, economically, politically, racially, culturally and technologically; and will show our clients how these demographic trends impact health care and educational institutions.

Prior to his work at Pew Research Center, Paul served as president and board chairman of the Alliance for Better Campaigns, a public interest group that sought to reduce the cost and improve the content of political campaign communication on television.  Its honorary co-chairs were Walter Cronkite and former Presidents Gerald Ford and Jimmy Carter.

Prior to launching the Alliance, he was a newspaper reporter for 25 years, the last 14 at The Washington Post, where he covered three U.S. presidential campaigns and served as bureau chief in South Africa during the historic transformation from apartheid to democracy.  Earlier he worked at the Philadelphia Inquirer and the Twin City (NC) Sentinel.

Paul Taylor is also the author of  See How They Run (Knopf, 1990), and co-author of The Old News Versus the New News (Twentieth Century Fund, 1992). He has a BA from Yale University and twice served as the visiting Ferris Professor of Journalism at Princeton University.